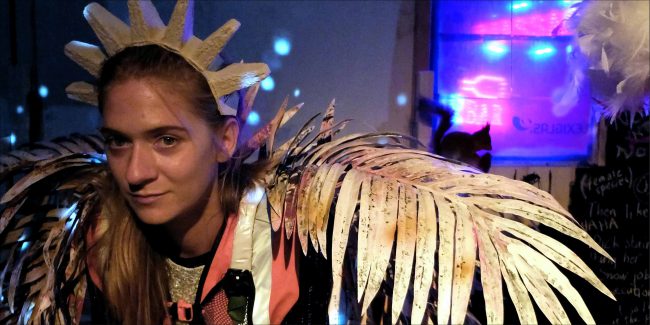 In this presentation Independence Day, a performance that was recently performed at Inkonst, will be discussed. The performance can be described as a mix of theatre, performance, concert and radiophonic art. The point of departure is the life of Aileen Wuornos, a female serial killer that was arrested in 1990 in Florida. She was sentenced to death and executed in 2002. Numerous books, movies and documentaries have been made about her.

The two authors will talk about the creation processes of the performance, where the starting point was Nina’s fascination for Aileen Wuornos. In the work they use many different materials as sources, such as Aileen’s letters to her childhood friend, Hollywood movies, documentaries and recordings of their own discussions on the material and process. In the seminar they will discuss how all this was used to shape the performance using a wide palette of expressions on stage.