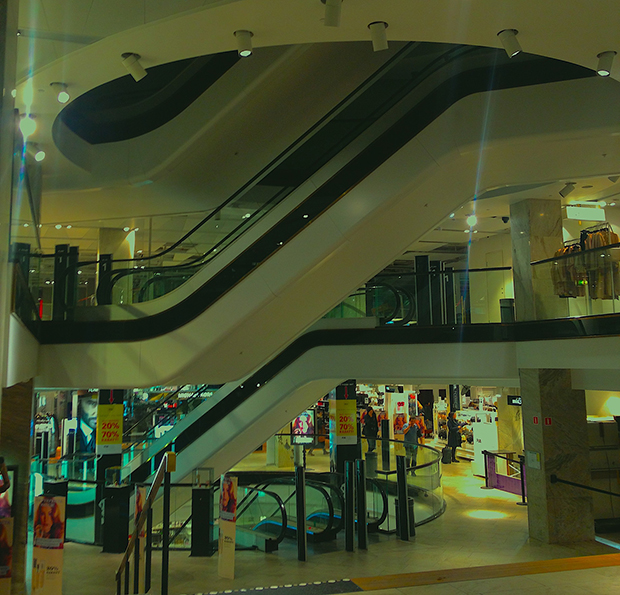 A concert combining live performance and sound diffusion with premieres of three new compositions for the acousmonium.

”Plane-Z’s” by Jørgen Teller
A composition for synth, vibraphone, live violin, samples. This piece’s leadoff is a listening-exhibition. The ears flights via special intervals; stretched, panned and spottedin a large number of speakers. The resonance of 4-8 intervals moves inside the concerthall at IAC. Performed with advanced tools of surround-sound-software. In this sound-field a live violin-player intonates frequencies andtimbres based on a peticularly resonant tuning. The goal is to find the jubilant uplifting sonic material which will enable the listeners to achieve a releasing movement of their head and everything that is connected to it. See: control and hazard.
Composed with support from the Danish Arts Foundation.
Katt Hernandez, violin
Jørgen Teller, synth, vibraphone, diffusion
Jakob Riis, co-diffusion

Katt Hernandez will create a new multi-channel “tape” piece in contemplation of the ephemeral remains of the former and future possible urban landscapes of Stockholm, featuring violin, Buchla and their cross interaction through the ghost-mechanism of frequency modulation and that which forms between, spatialized in the temporary “acousmonium” at Inter Arts Center in Malmö.

”Into the White” by Jakob Riis
A composition for đàn tranh, electronic processing and fixed media.
The basis for this composition will be a microtonal tuning that also can be applied to the Vietnamese instrument đàn tranh. The sonic material for this composition is created from this atmosphere, and will concist of both dense dissonant microtonal timbres and open chords in just intonation. Melodics of bent notes, vibrato and ornamentation will live in the frequency ranges not occupied by the chord, where the instrumntal sounds moves in and out of electronic sounds and massifs. The electronic sound is generated in a Max patch made especially for this composition. In parts of the composition, this will be experienced as an aspiration towards white noise.
Composed with support from the Danish Arts Foundation.
Nguyễn Thanh Thủy, đàn tranh.
Jakob Riis, sound diffusion

Katt Hernandez is an american violinist and composer living in Sweden since 2010. In 2014 she earned a Masters degree in Electroacoustic Composition from the Royal College of Music in Stockholm (KMH), and is now pursuing a Phd in Music at the Malmö Academy of Music (MHM). Katt worked as a producer for four years, siting on the board of FRIM, working as an assistant producer at Fylkingen and working on the Sound of Stockholm festival. She is also a 13 year veteran of the new, improvised and experimental music scenes in Boston, Philadelphia, Baltimore, and New York, both as a performer and an organizer. She has performed and recorded with a vast array of musicians, dancers, visual artists, film makers and performance artists in venues ranging from underground urban art spaces to ivy league concert halls.

Nguyễn Thanh Thủy was born into a theatre family and was raised with traditional Vietnamese music from an early age in Hà Nội. She studied at the Hanoi Conservatory of Music, followed by a Master of Arts at the Institute of Cultural Studies. She works with both traditional and experimental music as a đàn tranh performer/improvisor; collaborates with many musicians and composers around the world. Since 2012 she is carrying out an artistic doctoral project at the Malmö Academy of Music concerned with gesture in traditional Vietnamese music.

Jakob Riis, composer, trombonist and electronic musician, primarily working with electroacoustic music in various formats: duo, solo and larger ensembles. He has composed for and worked with a wide range of different ensembletypes: bigband, chamber orchestra, multichannel loudspeaker orchestra and solo laptop. Nguyễn Thanh Thủy and Jakob Riis has worked together since 2009, both as a duo and in larger ensembles. In 2010 they released the CD ”Tranh Improvisation” (Ngấu Hứng Tranh) on the Vietnamese label Phoung Nam Phim.