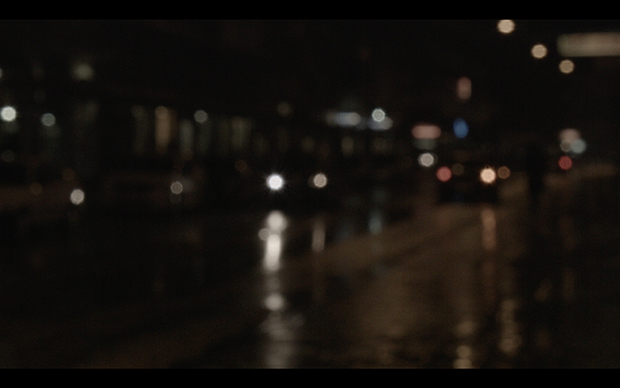 “Göte från andra sidan” is based on a couple of interviews with my recently passed uncle, Göte. It’s an attempt to make a fiction out of the material, where I’m actually able too reach him from the other side of death and have some kind of conversation with him.

“Karlskrona-Malmö” is a work-in-progress for video installation and multichannel radiophonic/acousmatic art. The work is planned as a part of a larger work on the conflict between the city and the countryside and its consequences. The small cities depopulate and the community support and service systems deteriorate. A chasm between city and countryside occurs that are affecting the political discourse. We are interested in portraying the voices that carry a sense of being marginalized, that the new community projects are not for them, and put this in relation with the new wave of migration, the one from war and terror.

Carina Ehrenholm is a director, actor and playwright. She is teaching conceptual performance art at the Malmö Theatre Academy. She was earlier based in Stockholm as one of the artistic directors of the experimental theatre company Turteatern.

Jörgen Dahlqvist (b. 1968) is a playwright, director and filmmaker. He has since the start in 2003 been the artistic director of Teatr Weimar. He held the position as the dean of the Malmö Theatre Academy between 2009-2012 where he now also works as a teacher.

“For the concert on january 28th I will compose a new piece specifically for this acousmonium. I am going to let myself be inspired by the title “Shoal, spangle and cones” and the different meanings of these words in Swedish. The whole thing is an experiment where I will used my sound palette consisting of small home-built LoFi instruments, some favorite items, my Max patches and maybe some field recordings from near and far. My experience of traditional diffusion is virtually non-existent, so I will need to work in a different way here. Everything is going to be very exciting!”

She has a long history as percussionist with great experience from different fields like traditional african music, experimental rock and free improvised music. In the late 90’s she started working with electroacoustic music, studied electroacoustic composition at Royal College in Stockholm 1998-2002 and developed her work with live-electronics and realtime processing of percussion as well as other sound sources. Since then, she has composed music for loudsspeakers (EAM), musicians and live-electronics, installations, theater, poetry and dance performances.

Her penchant for rhythmic structures, layers and long lines characterize her music. which can be both beautiful, harsh and brutal. Over the last years she has been interested in controlling small motors, building small- simple-noisy devices, synth jewelry (Lo-Fi DIY) to use in combination with her Max/MSP software.