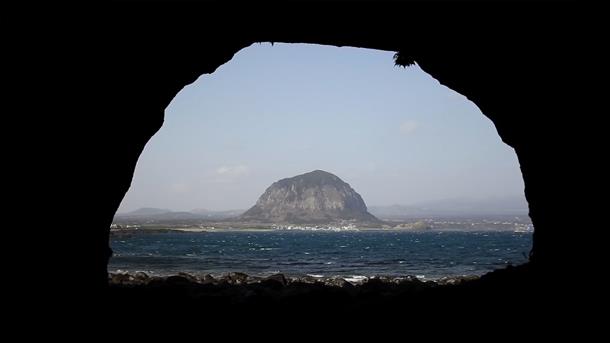 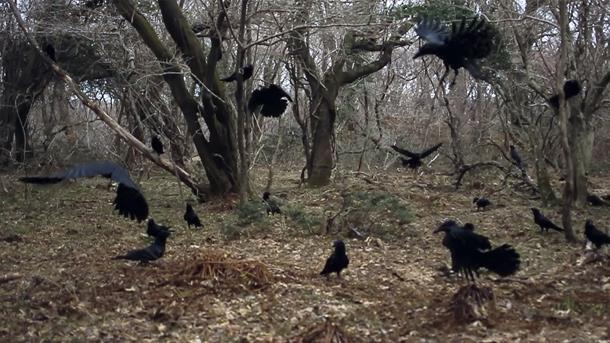 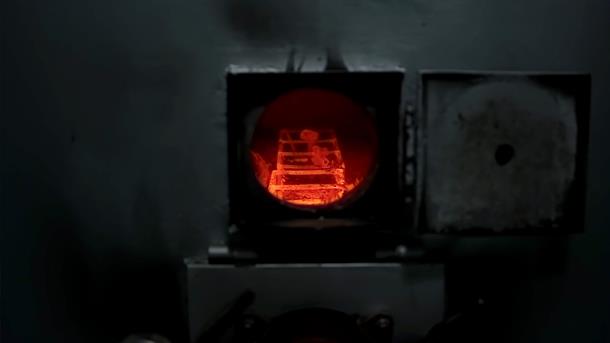 Of Specters – or returns.

2015 marks the 70th anniversary of the end of the Second World War and the division of Korea. Which aspects are remembered and which are repressed? What haunts? And what would it mean to approach the politics of memory from the position of ghosts? To inherit them, to pay them heed, do them justice?

The exhibition brings together visual artist Jane Jin Kaisen’s evocative 7-channel projected video installation Reiterations of Dissent (2011/15) with a presentation of her new and ongoing project Of Specters – or Returns. Both projects form part of her artistic research PhD concerning the aesthetics and politics of translation, and are inquiries into unfinished transnational histories that reverberate in the present moment.

Reiterations of Dissent illuminates the suppressed history and fragmented memories of the Jeju April Third Resistance and Massacre, which unfolded shortly before the outbreak of the Korean War on Jeju Island, where the artist was born.

Told through the voices of individuals who have been active in efforts to investigate and narrate the events surrounding Jeju April 3rd as a primal scene of the Cold War in Asia, Reiterations of Dissent discloses how un-reconciled trauma continues to resonate through multiple forms: the island’s present landscape, suggestive literary representations, recurring memories of survivors and relatives, shamanic rituals that mediate between the living and the dead, and in protests against the re-militarization of Jeju Island with the construction of the Jeju Naval Base.

Reiterations of Dissent explores an alternative filmic language that challenges relationships between text, image, and narrative. Constituting a multi-layered archive of experiences, events, and perspectives, each video shows a different aspect and a different attempt at approaching the Jeju April Third Resistance and Massacre as an unstable episode of modernity.

Of Specters – or Returns engages unfinished legacies of transnational women’s movements, the Korean War and the Cold War based on two women delegations’ journeys to Korea:

In May 1951, in the midst of the Korean War, the Danish journalist Kate Fleron, one of the leading figures in the Danish resistance movement, travelled to North Korea as part of a delegation of 22 women from 18 countries. The trip was organized by the Women’s International Democratic Federation, which in the period after 1945 was one of the largest and most influential transnational women’s organizations, but which has largely been written out of Western feminist discourse. After her return Kate Fleron wrote about her experience and the delegation jointly published a report about the civilian massacres of North Koreans committed by US, UN and South Korean troops.

In May 2015, Jane Jin Kaisen went as part of a delegation of 30 women from 16 countries, among those Nobel Peace laureates, human rights lawyers, feminists, and peace activists, to North Korea and crossed the border into South Korea. The intention behind the delegation was to highlight the fact that the Korean War has not yet ended since a peace treaty has never been signed, and to emphasize women’s role in international peace negotiations and military disarmament. The delegation met with women’s organizations in both North Korea and South Korea and subsequently issued a joint statement.

In Of Specters – or Returns Jane Jin Kaisen enters into dialogue with Kate Fleron and the specters (those of the dead, the living and those of communism and its discontents) that were awakened during these trips, as well as the modes of commoning that they aspired to.