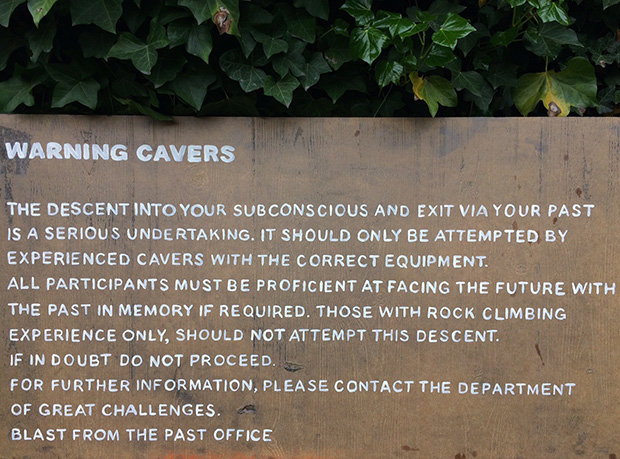 BLAST FROM THE PAST

The cave is an experimental project that will evolve during installation and will be a symbolic setting for the challenges to face and overcome for mankind. Stalagmites and stalactites will turn the space into a cave and be the backdrop for a video-projection. Sounds will be added and elaborated on site. The stalagmites and stalactites will have a conversation and tell stories and jokes about the past and memories that comes up. Stories will be repeated as they keep forgetting what they have already told.  It will be inhibited by two creatures since the cave appears fairly often in mythological iconography as the meeting-place for figures of deities.