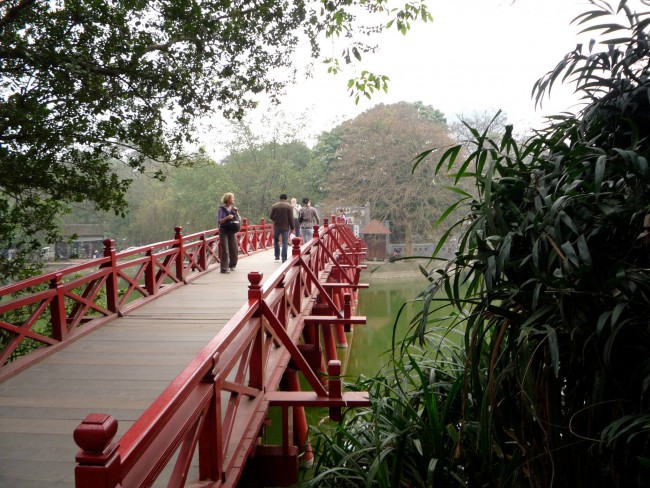 Beyond Tradition: music as performance, research and advocacy

“Beyond tradition” is a two-day seminar at the intersection between ethnomusicology and artistic research. It brings artists and researchers together in a discussion of musical change and what preservation of cultural traditions might entail in a globalized society.

10.00-12.00 Welcome and introduction by Stefan Östersjö and Esbjörn Wettermark

Transformations: music and musicians in change

Presentation by Huệ on her work with Ca trù in Hanoi. In conversation with Esbjörn Wettermark

Sustainability, revival and diaspora. Musical traditions in a globalized society.

Short individual statements and reflections from the participants followed by an open discussion.

Beyond Tradition. Interdisciplinary approaches to musical practice in a globalized society.

Introduction: Ethnomusicology and the Study of Musical Change

In the 19th century when research in what was called ’folk song’ or ’folk music’ grew strong, researchers were mainly looking for idealized ’ancient’ traditions. With the emergence of ethnomusicology in the mid-19th century the interest began to shift from the idealized ’folk’ and their repertoire to context, performance and transmission in a world-wide perspective (Nettl and Bohlman 1991, Nettl and Russell 1998, Rice 1994, Solis and Nettl 2009). Recent decades have seen an increased concern for, and research on, endangered cultural knowledge, including in applied ethnomusicology (Grant 2014, Schippers 2015). When transformation of music is approached within ethnomusicology, matters of transmission, performance techniques and cultural context become central (Schippers and Grant fc. 2016).

The study of musical change can be divided into what Nettl terms “historical ethnomusicology” on the one hand and studies of the impact of globalization in traditional and urban cultures on the other (Nettl 2005,  p 285). There has been a rather sharp divide between ethnomusicology and historical musicology (Hebert & McCollum 2014). In the last decades, however, the parallel divide between the research disciplines of anthropology and history has been questioned through what Clifford Geertz calls a “change in the ecology of learning” (Geertz 1990: 324). While the two disciplines could have been thought of as the study of human beings in culture on the one hand and the study of past events considered together on the other, the polarities have been many. One discipline rests on oral and the other on written accounts, one highlights particular events and the other general developments, but still, at the heart of the matter lies the question of how to understand events and individuals who either lived long ago or are now found in the far away. A similar polarity can be identified in the relation between ethnomusicology and historical musicology in the study of musical change, but also, just as pointed out by Geertz when it comes to anthropology and history at large, an increasing number of projects bridging the disciplines together have surfaced since the early 1990s (Nettl 2005: 284-290).

In the general study of music transformation with relation to globalization, transnational relations or contacts between different cultural contexts and concepts like adaptation, acculturation, syncretism have generally been taken over from social anthropology, particularly so in Merriam’s influential theorizing on the anthropology of music (Merriam 1964). When post-modernism introduced a more flexible view on culture and culture contact, concepts like habitat and hybridization were adapted from the social sciences (Hannertz 1996). These concepts are present in all branches of music research, but differently weighted in relation to other central matters in the respective branches.

It is only in the last decade that the critique of western research methodologies from a post-colonial perspective has begun to receive proper attention (Agawu 2003, Smith 2012, Solomon 2012, Hebert & McCollum 2014). A considered understanding of the issues raised by postcolonial theory, and its critique of the emic/etic perspective on method, also demands the development of new research methodologies as well as a reconsideration of formats for effective presentation of results to diverse audiences. A globalized society with the increasing speed of modern communication technologies and the current streams of migration places new demands not only on Western societies at the political level but also permeates every aspect of contemporary culture: transmission of cultural traditions and values and the function of artistic creativity are some key elements in this scenario.

“Beyond Traditions” wishes to introduce a discussion of musical traditions and of musical change in contemporary society, departing from a number of individual practices and stories from musicians and researchers with experience from various regions around the world. The program also hosts a number of performances and screenings of works that are set at the threshold between musical traditions. Several of these works are still in progress, which will invite for a more open discussion of creative process.

Nettl, Bruno and Russell, Melinda (Eds.) (1998): In the course of performance. Studies in the world of musical improvisation. Chicago: University of Chicago Press.

Nettl, B (2005) The study of ethnomusicology: Thirty-one issues and concepts. Urbana, IL: University of Illinois Press.