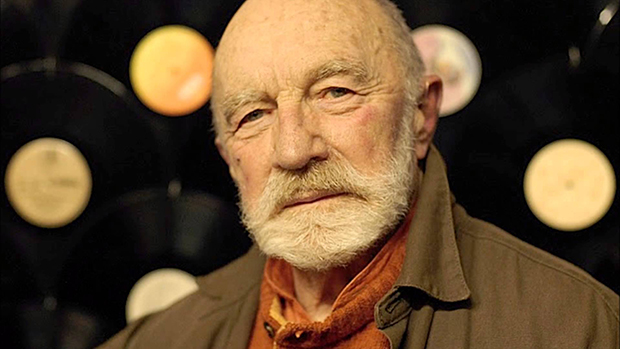 La Creation Du Monde is a large-scale piece by the french composer Bernard Parmegiani. An epic work composed between 1982–84, which tells the story of the creation of the world. Drawing its inspiration from astrophysical phenomena as described in the works of Carl Sagan and Hubert Reeves, this visionary work is divided into three sections, ”Black Light2, ”Metamorphosis Of The Void” and ”Sign Of Life”. It takes as its starting point the time before the Big Bang, and moves on to the first glimmerings of light and the earliest manifestations of life on earth, conjuring images of fiery comets, distant stars and mysterious galactic phenomena.

To a certain extent, acousmatic music coincides with the utopia of reduced listening, i. e. a situation in which sounds are experienced only for their sonic qualities and not for their more or less direct reference to a source.

Listening back to this 73-minutes long piece after some years, and searching for the main line of tension which makes the piece stand up, I was struck by the composer’s ability to design abstract sounds. The first part, “Lumière Noire” (“black light”), hardly contains any clearly recognizable sound; instead, the material creates a mass of sonic lava as to invade the listening space with compressed matter, recalling a possible pre-Big Bang situation. Obvious sound traces of human presence are only found after one hour of playback. The theme of “La Création du Monde”, or “the creation of the world”, is set to music as a pretext for making music itself, not really as a program for a narration, even if the music has indeed a strong directionality.

The path leading from abstract, white-noise related material to the emergence of human voice resembles, in a way, the slow construction of the idea of music found in the orchestral piece “Inori” by Stockhausen (1973-74). In fact, Parmegiani’s and Stockhausen’s pieces share the same duration of ca. seventy minutes, and the fact of being divided in multiple sections and movements. Some movement or section titles are shared as well: recurring concepts are echo, polyphony, melody/melopoeia, metamorphosis/evolution. As it happens in Stockhausen’s piece, “La création” starts from elementary sound qualities, recalling the dawn of musical expression: if “Rhythmus” and “Dynamik” are the two first sections of Inori, we cannot ignore that the first element we hear in the electronic work by Parmegiani is a fading rhythm, presenting both the idea of pulsation and of dynamics. Clear pitches appear only later, first as isolated lines of sound, then coagulating into slow melodies at the end of the second movement, “Métamorphose du vide”.

The first likely natural sounds (water drops) are found in the section called “Acquatisme”, part of the third movement “Signes de Vie” (“signs of life”). This movement explores different configuration of sound cells in order to create more elaborated phrases, or musical organisms, until the appearance of utterly organic sounds — indicators of life: bird-like sounds, voices, possibly insects, steps. An added complexity of sound material comes not only from the fact that these more concrete sounds have, for our ears, a direct reference to a known source, but also because they call for another, simultaneous layer of listening, a causal listening.

Along with the journey of this piece, it’s interesting to notice how, at the same time, electronic sounds made with synths and electronic devices dominate the largest part of the piece, leaving the finale to sounds which seems to be naturally found: a sort of ironic reverse path from the artificiality of machines to the crude, concrete sound object “à la Schaeffer”.