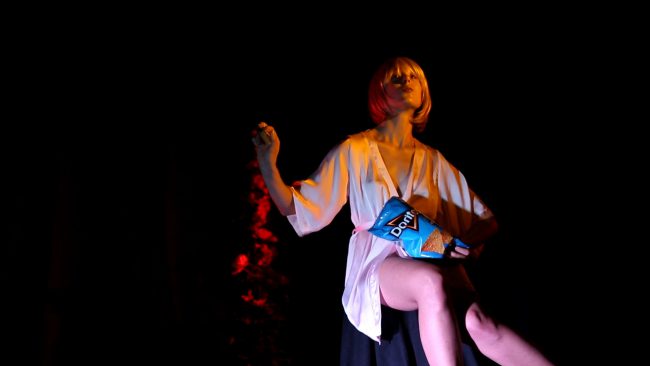 Ana Rebordão (*1986) lives and works in Lisbon and Malmö. In 2016, as a Calouste Gulbenkian granter, she acquired her MFA degree in Fine Arts from Malmö Art Academy, in Sweden. In 2011 she graduated from Lisbon Fine Arts Academy, and in the same year she joined the Independent Studies Program at Maumaus – Visual Arts School; where she developed a video for the project “Labour in a Single Shot”, exhibited at 56th Venice Biennale and curated by Harun Farocki and Antje Ehmann.

In Sweden, Ana Rebordão won the grants Edstrandska Stiftelsens Stipendium and Aase och Richard Björklund Fond. She exhibited in the Galleries Thomas Wallner, Arnstedt and Ping-Pong. In 2017 she developed a series of videos commissioned by Lunds Konsthall and exhibited in the Crypt of Lund’s Cathedral and in the City Hall. Ana’s latest works where filmed and edited at Inter Arts Center, where she collaborates with the music composer Kent Olofsson.